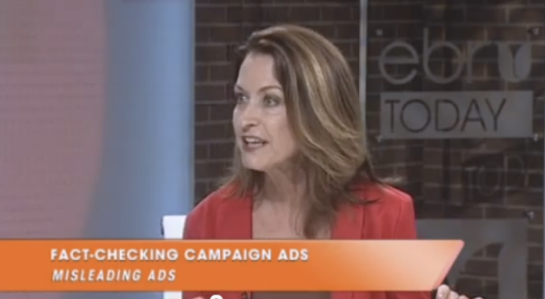 http://www.youtube.com/watch?v=n6qY4tK4yfA
The Obama generated ad, “Firms” — with Mitt Romney singing an off-key America, the Beautiful — claims that at Bain Capital, Mitt Romney outsourced jobs to Mexico and China.  It’s one of the hardest hitting and popular anti-Romney ads.  The problem is, however — Romney was already gone from Bain when these outsourcings happened — a big stretch of the truth from the Obama campaign!
In “You Didn’t Build That”, the Romney campaign highlights Jack Gilchrist, the owner of a metal plant in New Hampshire.  Gilchrist is insulted by Obama’s claim that he didn’t build his own business.  But, of course, the phrase “You didn’t build that,” was taken out of context.  Obama was referring to those people that came before you that helped you along, specifically in the areas of education, infrastructure and research.  In education, he noted a great teacher that might have contributed to your success.  In infrastructure, the goods and services you provide are transported across them, and in research, he noted how innovations have a history behind them, like the internet springing from the government program, the arpanet.
42 more days of this!  Get out and vote and let your voice be heard.
Advertisement